Space Doctors are a cultural analysis and semiotic insight agency who work with corporate clients.

They are experts in helping organisations and brands connect more deeply with culture so they become more meaningful, relevant, and impactful.

Space Doctors are a close-knit team of 20 based at three different offices around the world.

"How can we live the values of a responsible business and bring more congruence to client work?"

Space Doctors wanted to connect their offices, and to do some future planning.

Seated in a circle around a fire in the woods, we started with a sensory awareness exercise to bring everyone’s heads into the woods, and open up some headspace for the day.

After a round of checkins and introductions, we then led them straight into a team fire making challenge.

The challenge is designed to replicate the experience of being based in different offices - to help them all think about how they work together.

They formed into different fire groups, made up of people from all levels in the organisation.

We explained each stage of making a fire to one person from each fire group. Regardless of whether they are a manager or a junior, they then had to explain that stage to a different fire group, and mentor that other group through it.

There are four stages in making a fire, the challenge was: could they explain what’s needed to a team in a different location, without doing it for them, and could that team work together to get the job done?

It’s a little tricky.
While their team mates are getting the instructions for each stage, the remaining members of each group worked on a rap about fire, and are given questions to think about while they’re doing it.

It takes about an hour.

Engagement was high, and regardless of their level, they are good at mentoring and leading each other and all groups successfully got their fires going: there’s also lots of laughing and chatting, and discussion over rap lyrics.

Back in the circle, the group shared reflections and insights on what they learned about working together:
Making lunch together
Next, in small groups of people who don’t usually work together, the group prepared and cooked all parts of a delicious lunch, using the fires that they’d made, and including some wild ingredients. They chatted while doing it.

It was a relaxed and fun way of bringing people together.

After lunch, the groups performed their raps. They were all brilliant, and funny!
​ 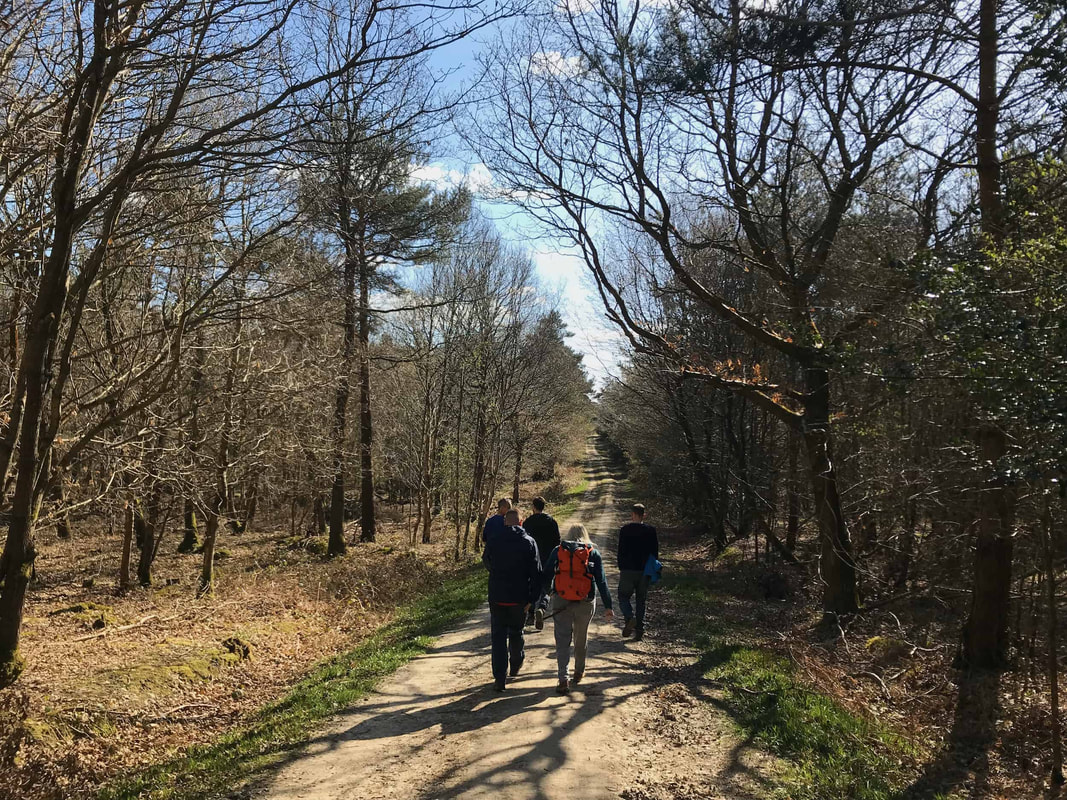 Ideas, points and feelings that came up
Although we like to help move groups from insights and ideas to actions, Space Doctors have opened up a lot together, so they decided to carry on talking about ideas, and to agree actions during the rest of their planning week.

These were some of the talking points:​

​At a time when business as usual is no longer sustainable, this time gave us valuable distance and the headspace and perspective to reevaluate what we do, for tomorrow.

A day very well spent. Nigel and the teams' guidance was carefully delivered, credible and appreciated by all. Thank you, thank you. I’m loving watching the positive ripples from this time now we're 'back to work

For more information, or to book:

Enquire Now
Want something different? Talk to us about a bespoke tailored event.

...enabled us to use nature to think about things from different perspectives

For more information, or to book:

Enquire here
Want something different? Talk to us about a bespoke tailored event.